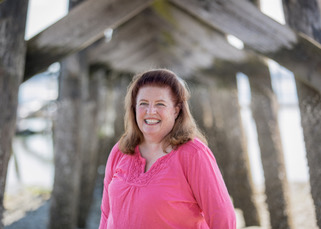 Music saved and gave me my life.

Music gave me a safe place to express myself and build self-esteem. It gave me the ability to save myself and to support others who needed a similar experience.

At the age of six years old without the aid of a teacher, I decoded the language of music, fixed many of the broken piano keys on an old worn out piano stored in a chicken barn, and began exploring the sounds. The bench contained a book, How to Play Piano, which opened my mind to the abstract world of music notation. The wonder of it all just kept compounding. In short order I was able to read and play rather difficult music. Escaping to the piano became a safe haven. I received acceptance for the skill I possessed and I could express my emotions in a safe voice.

The more focused I worked, the more accomplished I became. Whenever the church organist did not arrive for the Sunday service, I was asked to play. I figured out the hymn melodies, added chords and created my version of the hymn. My music skill tool box now included the ability to improvise.

Parents began asking if I would teach their children. I found teaching is a totally different aspect of music. I had to figure out what I was doing, than share it with someone who had no idea what I was talking about. Teaching also helped improve my playing.

Entering High School, I joined the school band. Playing French Horn in the band opened another world. A teacher suggested that I audition to enter the New England Conservatory of Music Preparatory Program in Boston. I found myself in the advanced theory class, private French Horn and Piano lessons as well as performing in the Woodwind Quintet, Brass Ensemble and Chamber Orchestra. The amazing thing is that I was self taught, had no theory training and had never heard classical music performed. My first music teachers were members of the Boston Symphony Orchestra who falsely believed that I had the basic training needed to earn an audition to study with them.

More importantly, music got me through the challenging teen-age years.

• Graduating from the Boston Conservatory of Music with a Bachelor of Music, Music Education degree with Piano and French Horn concentrates.

• Additional training in General Elementary Education from the University of Alaska, Anchorage and Graduate studies in General Education at University of Oregon, Eugene. Resulting in certification to teach general music K-12, and general classroom education K-8.

After graduation from Boston Conservatory I left the East Coast and moved to Anchorage, Alaska. I began a fifty year career teaching private piano lessons, opened a music school, received honors, recognition, and awards. In 2016 I relocated in Washington State, opening a new music studio.

Why is any of this important?

You have the opportunity to give this experience to a youth, to yourself or to someone who would benefit from the experience.

• Music teaches abstract and concrete learning skills in a way nothing else can.

• Music gives a safe voice to the part of you that desires to express itself.

• Learning one-on-one is a unique experience.

• If you let it, music can enhance your life.